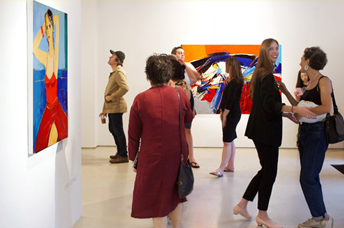 1986 – the House of Journalists, Yerevan, Armenia

2008 – Exhibition in the Castle Allingawier, Netherlands

The paintings of the artist are owned by such prominent persons as: