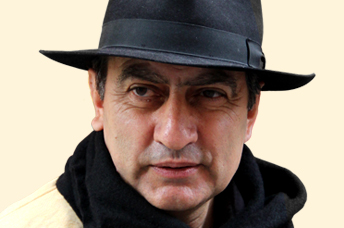 Gagik Manoukian was born in 1952 in Yerevan, Armenia. In 1976 he graduated from the College of Fine Arts after P.Terlemezyan. Since 1982 he has been a member of the Association of Artists of Armenia. The roots of Armenian art and culture, as well as the best traditions of Armenian avant-garde, especially Martiros Saryan’s shapes and colors, underlie the art of Gagik Manoukian. His composi-tions reflect various directions of modern art, such as cubism, expressionism and abstract art.

Manoukian’s paintings display a wide range of different styles. The sunlight penetrates through the picturesque colours of landscapes and lyrical abstract compositions, emphasizing the artist’s unique love of depicting light. He created a world of dynamic compositions of paintings due to the unique contrast and delicate transitions of color tones. The artist is often inspired by female beauty, depicting it with all its psychological impact and in vivid colors. Manoukian is keen on the innovations and paintings with unrestrained and vivid colours. His compositions are heart-felt and express the complicated essence of human psychology and meditation in the modern times in a very extraordinary way.

1986 – the House of Journalists, Yerevan, Armenia

2008 – Exhibition in the Castle Allingawier, Friesland, the Netherlands